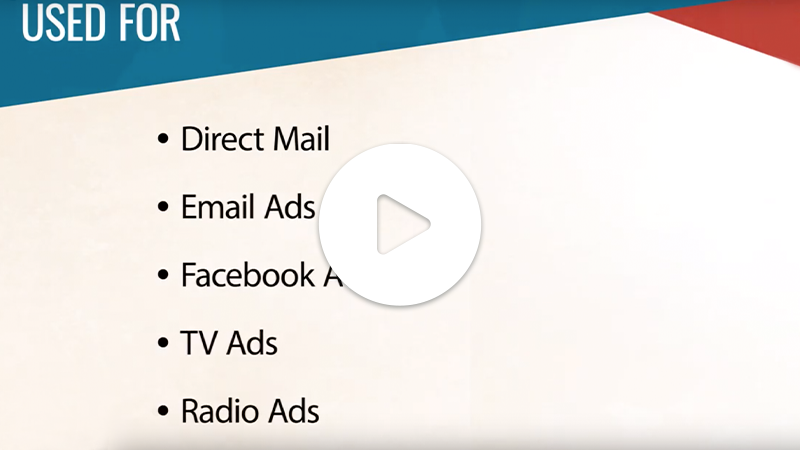 Our world is constantly changing, and to remain effective we have to change with it. Today, we’ll share why constantly testing your marketing is so important, and the steps for effective tests.

What is A/B Testing?

Split testing, or A/B testing, means trying out two versions of a marketing piece, then measuring the performance of each version to see which does better. A marketing professional uses split testing to improve the response rates for their direct mail, email ads, Facebook ads, TV and radio advertising. Pretty much any form of marketing communication is a candidate for split testing.

Why You Should Test

So why do we test? Because it’s the most definitive way to determine effectiveness. If you make a change without testing it, you don’t actually know if a change in response rate is due to your change, or some other factor.

For example, imagine you send a mailer for a reaping series in July. You didn’t get the results you wanted, so you decide to change the cover image, the title, and your session descriptions for a reaping series in a different state in October. You send the new mailer out, and your response rate doubles. But what caused this increase in response? Is the new location more favorable to the message? Is October a better time of year than July? Was it the new cover image, the new title, or the new session descriptions? It’s hard to know, because so many things changed at once. This can lead to marketing superstitions instead of increased effectiveness.

The ideal way to test a change in this mailer would be to make a single change, split your mailing list into two demographically similar groups, then send one version to one list and the other version to the other list. If you use a different URL and phone number for your call to action, you can then measure the difference in response rates.

SermonView runs A/B tests at different intervals to learn which elements have the biggest impact on a mailing.

We know it’s not always cost-effective to run split tests on direct mail, but with Facebook advertising, you can run tests quickly at no incremental cost. That’s why we routinely test every element of our ads. Here are some of the things we test for nearly every campaign we do on Facebook:

We’ll test whether ads are more effective with men, women, or both. We’ve also focused on different age groups and interests to find the right audience for the message.

For each Facebook ad campaign, we test multiple images to find the one that is most engaging for that campaign.

We test different length ads, as well as content, to see which one has the highest view and response rates.

We test headlines and descriptions to find the most effective for the specific topic of that campaign.

Testing is an important practice that helps you become more effective with your marketing. Contact us today to learn more about how Facebook advertising will help you see more people at your next evangelist event.